There has been an interesting story which broke last week about a potential solution to polythene waste. It was discovered that a breed of worm, normally used as premium fish bait could contain an unlikely solution. A number of these worms were put into a plastic bag and within one hour, several holes appeared in the bag made of polythene.

It appeared that the worms had ‘eaten’ or chewed the bag to escape but it later emerged that the worm excretes an enzyme that breaks down plastic. Such was the en 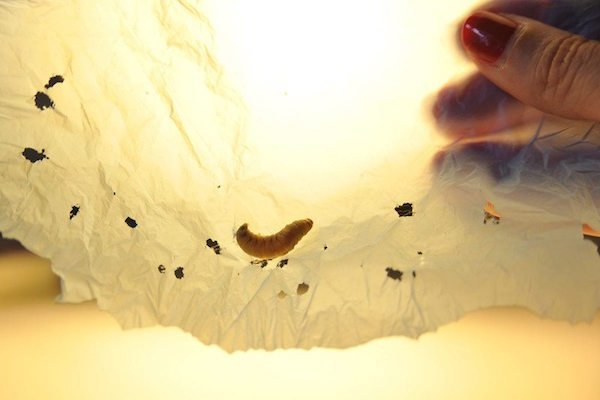 thusiasm for this new found information that a partnership was formed between the University of Cambridge department of biochemistry and the University of Madrid. They placed 100 wax worms in a plastic bag and after just 40 minutes, holes began to appear. After 12 hours, there was a reduction in mass of 92mg.

Polythene takes approximately 100-400 years to degrade in landfill sites so this new information could be significant in reducing the amount of waste in landfill sites across the world. The hope is to extract and produce this enzyme to effectively reduce the amount of plastic in landfill. Plastic is such a useful resource in thousands of products around the world and an effective way of controlling the waste could be seen as essential in developing countries such as China which produces a third of all plastic waste alone.